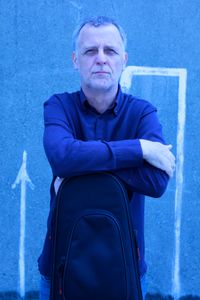 On Wednesday 26th of October, at the Workman’s Club, Ronan presents the debut of Bemusement Arcade, his innovative new quartet, devoted to expanding the rhythmic language of jazz via the tradition of blues, swing and standards.

Joining Ronan in this adventure are three brilliant young musicians; Sam Norris, who at only 24 is already recognised as one of the UK’s most exciting young saxophonists; Chris Guilfoyle who has already established himself as one of Ireland’s leading guitarists, and Darren Beckett, the powerhouse Belfast drummer who carved out an international career based in New York, and now in the UK.

Bemusement Arcade will be going into the studio to record their first album in the days following this concert, which will take place in the intimate setting of the Vintage Room in the Workman’s Club. Come and join them for this trip into a new landscape – expect grooves, blues, swing and lots of rhythmic intrigue!